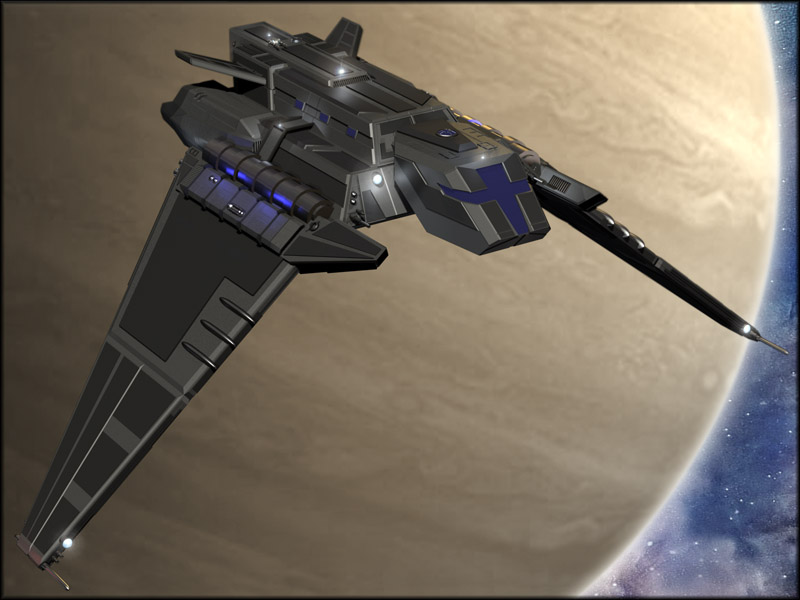 The Talon is your starship. It is a surplus Lelantos-class Attack Vessel sporting a rather formidable armament for a ship its size. It is capable of transporting 4 prisoners in cells and 11 more in hibernation chambers (though 4 of these 11 are currently used as “gear lockers”). The ship accelerates at a blistering 300 Gs and can do so for as long as its mass reactors remain powered. It is capable of a 15.73 ly starfall and has provisions for 4,000 man-days.

Running the Talon contains information on ship expenses and the cost of refueling, rearming, and most importantly, paying yourselves.

Combat in the Talon

Dodge Modifiers = +2 with Deflection Inducer active; others depend on action